You can now preview all eleven tracks from the forthcoming album STEADY AS WE GO on youtube. All clips were made for Instagram, now conveniently grouped in one youtube playlist for your viewing and sharing pleasure. – Vorschau auf alle elf Tracks vom neuen Album STEADY AS WE GO. Produziert für Instagram und jetzt schön praktisch zum Geniessen und Teilen in einer Playlist.

STEADY AS WE GO, the new album on CD, LP+Download and in all digital formats out February 1st 2019 on Blue Rose Records.

After a long journey from Anchorage, Alaska, through the Yukon, British Columbia and down the coasts of Oregon and California I finally arrived in Los Angeles on a golden early autumn day. In Hollywood I knocked on the door of Stephen Marcussen, mastering engineer extraordinaire. He worked on half of my record collection – Cash’s American Recordings, Rolling Stones, Tom Petty’s Wildflowers, Ry Cooder, Prince, Willie Nelson, Gillian Welch, Eels, Audioslave, k.d. lang, the list is endless…

A few months earlier, in the hot summer of 2018, four of us had gathered in our own studio in Berne: Simon Baumann on the mighty 40s Rolling Bomber drum kit, Michel Poffet on upright bass, Tom Etter on his beautiful guitars. Together with my friends I recorded ten songs in two days – two guitars, bass and drums. Nobody was wearing headphones, we played and sang live, the way it’s supposed to be done: four musicians, a room that sounds really good, a handful of nice microphones, no gimmicks. 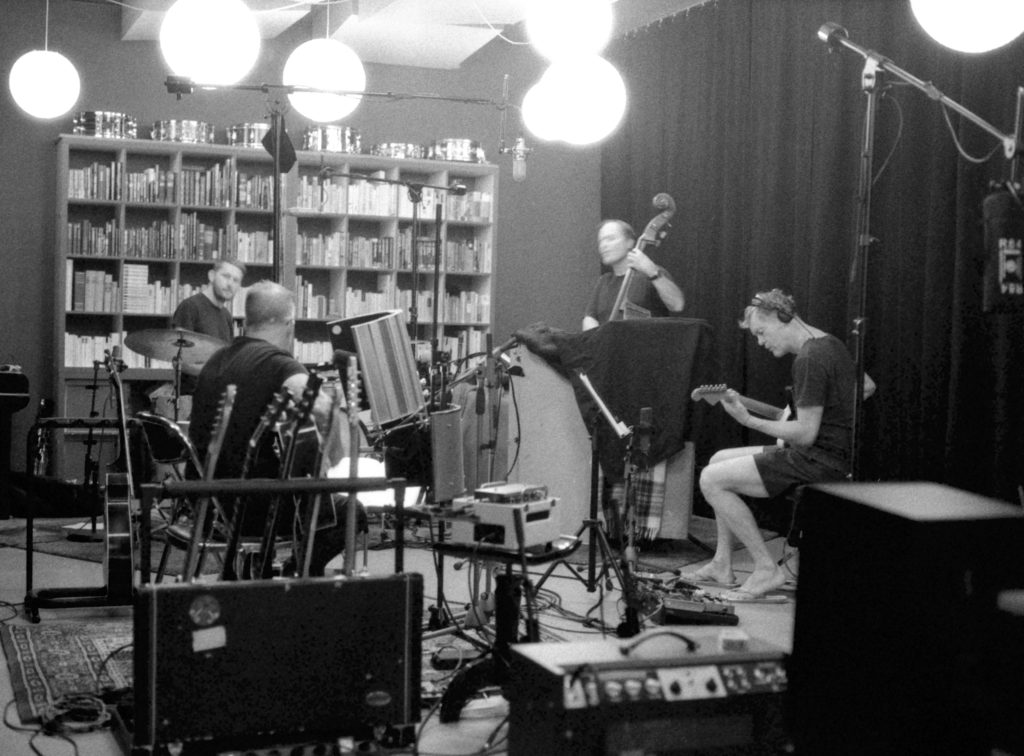 In the following weeks pedal steel guitar, lap steel, some obscure stringed instruments were added. Then the guests arrived: Michael Flury with his trombone, Hendrix Ackle on Piano, Tinu Heiniger on clarinet, Jürg fuyuzui Zurmühle with his Shakuhachi, Rhani Krija on percussion. As our live engineer Oli Boesch likes to say: “Less is always more”. That was the motto throughout these sessions. This music almost mixed itself. The focus was always clear, the songs showing the way. 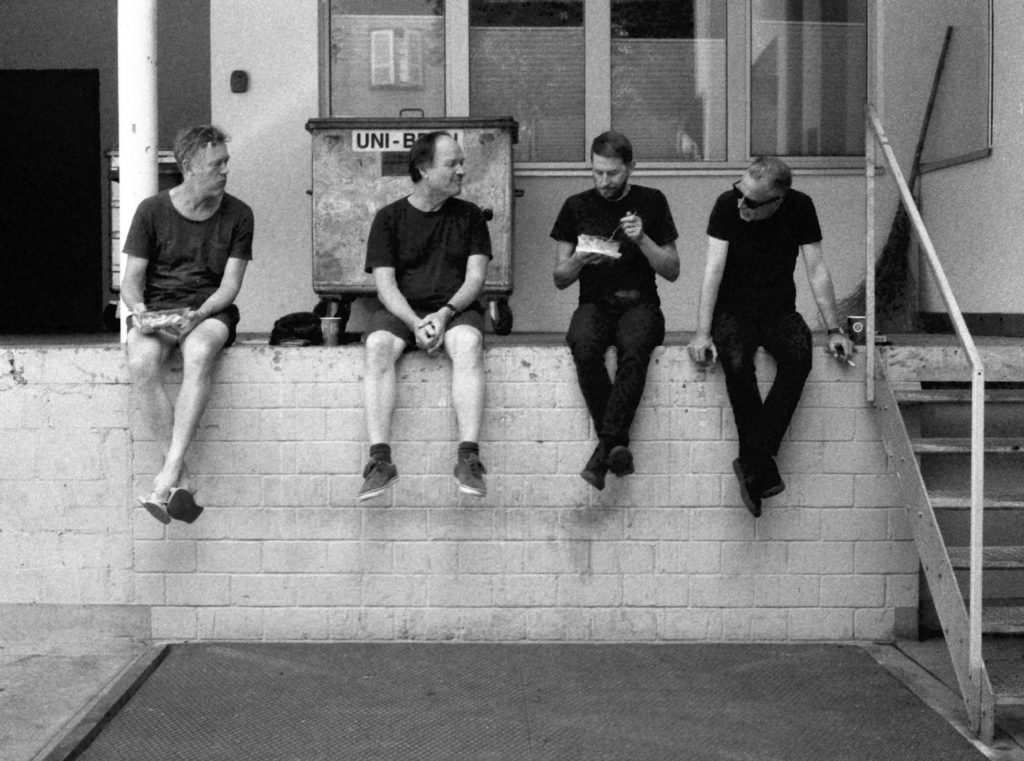 I didn’t care who wrote the tunes or how old they were. This resulted in a tracklist that presents songs from over a hundred years. Traditionals, songs by Randy Newman, Tom Petty, Country & Western, Hillbilly Swing, rowdy blues, three originals. And then all this landed in the hands of Mr. Marcussen on Hollywood Blvd., the perfect man for the job. As I write this the delightful Jeana Hadley is working on the LP and CD design in San Francisco, CA.

The album’s title is STEADY AS WE GO. It will be released in January 2019 on Blue Rose Records. It’s my 15th record. I know that musicians always say their new album is their best one yet. Honestly: I have trained for 25 years to make this album. With this band, these wonderful musicians and all the other good people involved I can say that I have arrived. This is the album I’ve always wanted to make. I can’t wait to play it for you.